Alexithymia and autism — a new thing I learned - Unapologetically Autistic

But what is alexithymia, even?

Or, rather, I knew I had the trait they give the name alexithymia to. Meaning, I knew I was wired a certain way but had no idea it was even A Thing, let alone had a name of its own.

So what is alexithymia?

"Alexithymia is a personality construct characterized by the subclinical inability to identify and describe emotions in the self. The core characteristics of alexithymia are marked dysfunction in emotional awareness, social attachment, and interpersonal relating. Furthermore, people with alexithymia have difficulty in distinguishing and appreciating the emotions of others, which is thought to lead to unempathetic and ineffective emotional responding."

As with the lady who did my autism diagnosis, I have to wonder if they can actually read my mind.

What it means practically for me is if you ask me how I'm feeling I can't tell you unless I'm feeling one of the more powerful emotions which don't need subtle interpretation.

So fear, joy, anxiety... I know how all of those feel (but I typically don't know I'm feeling angry until it's too late, and I still can't be sure what love feels like). I've learned to recognise frustration and irritation as physical sensations but I have no emotional connection to them I'm ever aware of. I can recognise contempt, too.

We just don't connect to and feel them

And I'm not lying, or hiding or suppressing my emotions.

Nope, I'm simply not feeling them (all of which is a firm middle-finger up to all those New Age life coach types who prattle on about "I'm fine" always being a lie and a sign you're deliberately hiding your True Authentic Self or whatever the in-vogue bullshit idea is this week).

Why I can't talk about my emotions

This is really cool... ask me to talk about what, say, love feels like and then sit back and watch.

Because I start losing and tripping over my words. It's all the word to describe those unfathomable emotions are locked inside a pearlescent sphere and while I know they're probably in there somewhere, I can't reach them.

Here, watch this (no Evil Bald Geniuses were harmed or distressed in making this video):

And I want to stress: this is not the same as being embarrassed or ashamed of talking about feelings (two more emotions I don't feel).

It's (literally) being unable to.

I can talk about them in the abstract, but when I try to dig deep... well, you can see for yourself.

Other emotions I don't feel in the way you almost certainly do: grief, offence, hate, loneliness, envy, disgust, guilt... the list is long.

As I mentioned up to, alexithymia and autism are very strongly correlated, to the point where around half of the autistics you'll ever meet have it.

So next time you're tempted to think we Aspies are unfeeling monsters who aren't in touch with our emotions, even if we know we have them at all, understand there's a 50% chance you're right.

More: as I've written elsewhere, I have virtually no affective empathy and very low cognitive empathy.

One can begin to see a pattern here, one can.

Dealing with alexithymia in real life

There are (at least) two ways of doing this.

First, you can learn to identify the different emotions and how they (probably literally) feel by using an emotion wheel.

The idea is you learn how to identify the emotion by starting at the inside and work your way out, going from the general to the specific.

I'm guessing because I've never studied them and have no desire to. I do know they're not especially scientific, there are loads of different flavours, and some are much simpler than this one.

... some people find them useful. 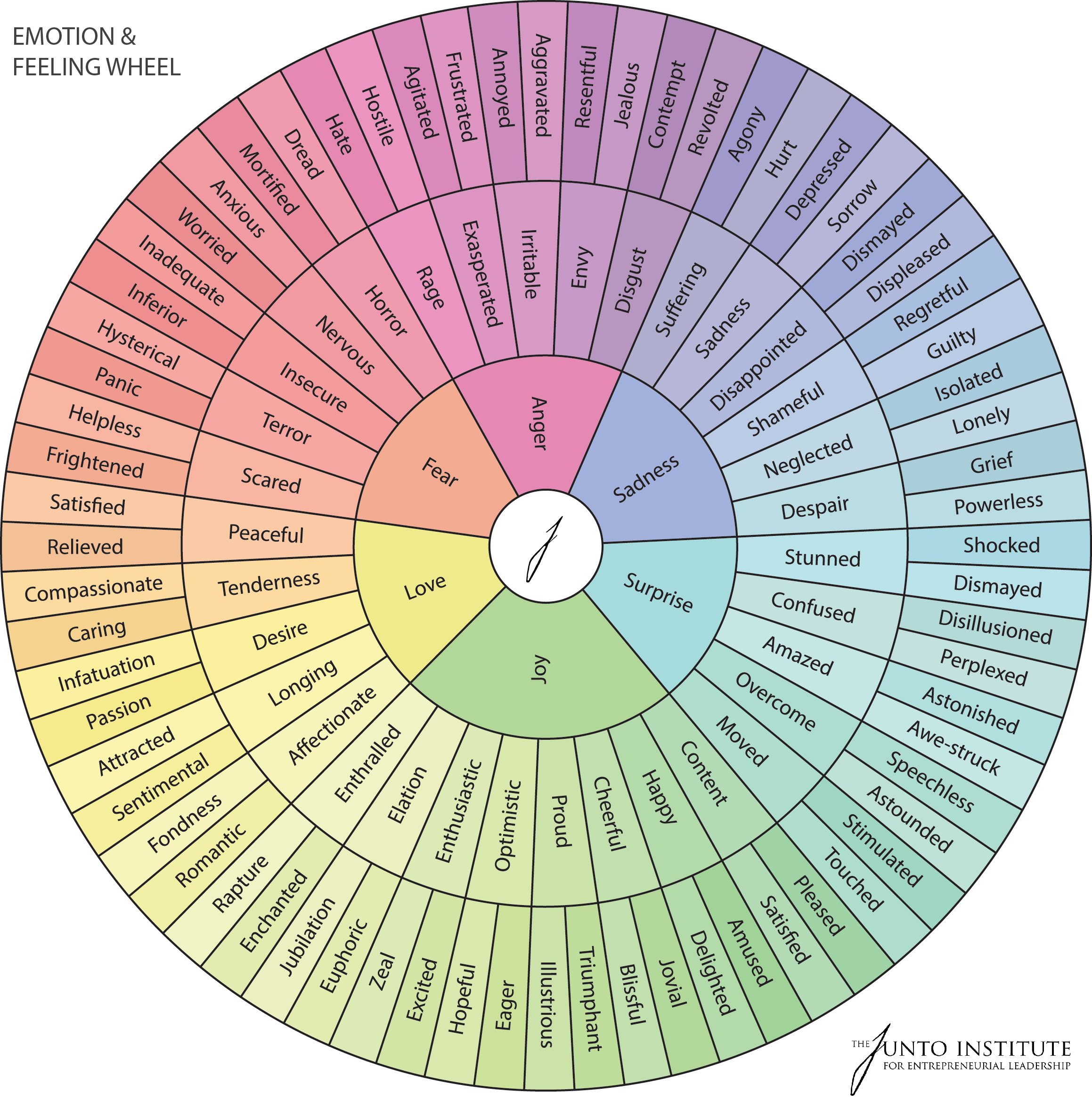 But a second option is...

This is what I've chosen to do.

Because it seems like a whole lot of trouble to go to just so I can feel emotions I don't see much use for.

And I won't be feeling or connected to them, anyway I'll simply recognise that's what my body's allegedly feeling so I can react appropriately just like an NT would.

It'll be just another way of pretending and trying to "fit in".

I know I don't fit in and never will.

I'll just be making it easier for you feel more comfortable.

Alexithymia is also strongly correlated with executive dysfunction (yup, me again), although research on the connection is still in its infancy. One hypothesis is they both share parts of the prefrontal circuitry in the brain (and that's about as much as I know about it, because it is brain surgery, I guess).

I'm planning a whole post on executive dysfunction, but that's for another day.

Just suffice it to say while your executive function means you often screw things up, your alexithymia means you don't care or worry about it too much.

The future of autism

How can autism be prevented?

Is there a cure for autism?

Is an adult autism diagnosis worth all the hassle?

More on masking in autism

I'm Jon. Husband, father, business owner, author, speaker, and outspoken advocate for autism awareness. I struggled my whole life knowing I was different, but not knowing how or why. I was finally diagnosed in 2019, but had informally self-identified as autistic for a couple of years before that. I live on a remote farm in Ireland with my wife and an assortment of cats and dogs.

The future of autism
How can autism be prevented?
Is there a cure for autism?
What causes autism?
Asperger’s and sensory overload
Is an adult autism diagnosis worth all the hassle?
It’s my Aspieversary!
Asperger’s in motion
More on masking in autism
Autistic masking and why it’s A Bad Thing

Please log in again. The login page will open in a new tab. After logging in you can close it and return to this page.

This website uses cookies to improve your experience while you navigate through the website. Out of these, the cookies that are categorized as necessary are stored on your browser as they are essential for the working of basic functionalities of the website. We also use third-party cookies that help us analyze and understand how you use this website. These cookies will be stored in your browser only with your consent. You also have the option to opt-out of these cookies. But opting out of some of these cookies may affect your browsing experience.
Necessary Always Enabled
Necessary cookies are absolutely essential for the website to function properly. This category only includes cookies that ensures basic functionalities and security features of the website. These cookies do not store any personal information.
Non-necessary
Any cookies that may not be particularly necessary for the website to function and is used specifically to collect user personal data via analytics, ads, other embedded contents are termed as non-necessary cookies. It is mandatory to procure user consent prior to running these cookies on your website.
SAVE & ACCEPT